Shaping through the layers

Pushing the boundaries of crafting – one of many eras discovering veneer

Veneer technology was developed around 3000 BC in Egypt. In a land that is awash with desert and sand and where precious woods were priced as a rarity. Veneers were created in environs whose landscape is not characterized by lush vegetation, but rather where wood was valued as a rare resource. At first, veneers were handcrafted. In 1922 in Tutankhamun’s tomb bear witness to the rudimentary method of wood processing, commonly practiced back then. 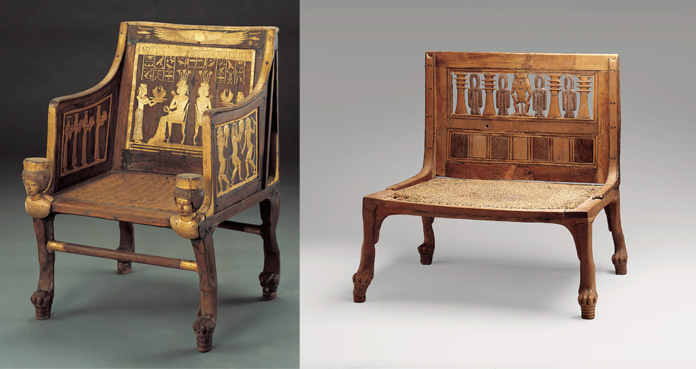 Estonian story in history of plywood

The heyday of veneers transpired during the renaissance. Cabinet makers in Italy began producing complex veneer surfaces. In the early 19th-century veneer production was automated. About fifty years later Immanuel Nobel, father of Alfred Nobel, realized that several thinner layers of wood bonded together would be stronger than a single thick layer of wood. In 1843, the first veneer factory was opened in Germany.

Plywood was introduced into the United States in 1865 with industrial production shortly after. Ready-made artist boards for oil painting in three-layered plywood were sold in New York as early as 1880. A decade later in Tallinn Luther’s family invented waterproof glue for veneer. As early as 1897, Luther established a subsidiary in London, Venesta, which marketed the factory’s products and promoted plywood as a new material. Soon, with new name Lutherma, high-quality, moisture-proof furniture became in demand worldwide. 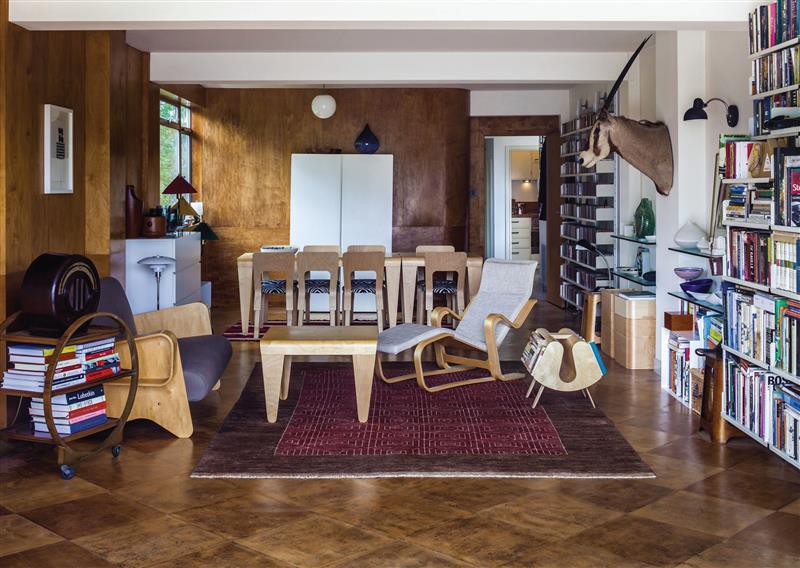 The interior of the Pritchard Family Apartment at Lawn Road House (restored in 2004) is carefully thought out and composed with functionality in mind. Wells Coates, an interior designer, has used plywood in every way (manufactured by Isokon Furniture). Press photo, Sirp, 14.09.2018, Ene Läkk, Eesti vineerilegend tegi ilma

Isokon, a furniture company founded in 1931 in cooperation with Venesta, has entered the history of modern design, which has been involved in product development for plywood furniture, producing plywood products in collaboration with world-renowned Bauhaus names such as Walter Gropius and Marcel Breuer. In Isokon, a series of pieces of classical furniture, made of plywood, was born. Venesta became the undisputed leader in plywood over Europe, commissioning the Le Corbusier bureau designs in 1930ies.

The designers Charles and Ray Eames are known for their plywood-based furniture, as is architect Alvar Aalto and his firm Artek. In Denmark, Arne Jacobsen and associated cabinetmakers, Danish plywood furniture thrived from the 1940s through the 1960s. Icons, such as 1952 born Ant chair, etc. As a result, Denmark has maintained its place as the world’s leading plywood furniture producer. 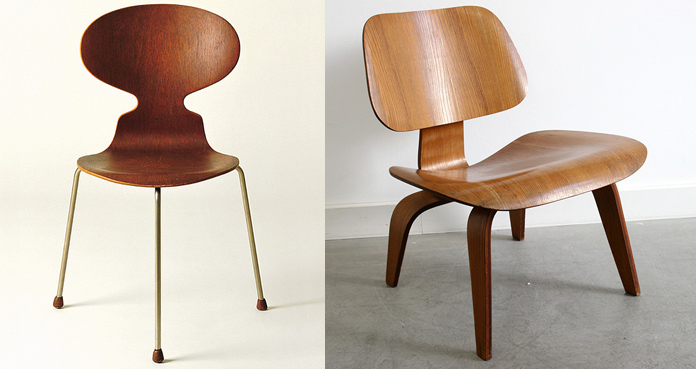 The simple look over the material

Compared to wood, one of the primary advantages of using veneer is stability. While solid wood can be prone to warping and splitting, the chances of splitting or cracking are reduced. Another advantage of veneer is sustainability—furniture made with wood veneer uses less wood than the same piece of furniture made with solid wood. Veneer may also be more available than as exotic lumber can be expensive. Each sheet of veneer is unique. Veneers are a very economical method of using wood. Almost all parts of the stem are used for the base material of veneers, thus optimally utilizing wood.

Getting rid of headaches – Radis welcoming the gluten-free plywood!

Sometimes you just have extra choices – CARB is all about to reduce the percentage of formaldehyde found in composite wood products, including plywood. While low levels of formaldehyde are harmless, the health effects of prolonged exposure to high levels of formaldehyde can cause several symptoms, including nose, throat and eye irritation or respiratory issues (triggering asthma symptoms), fatigue, headaches or even cancer. With all of these possible side effects, the CARB2 (as free of formaldehyde) has become a world-known standard but started with a signed act into law by President Obama in 2010. 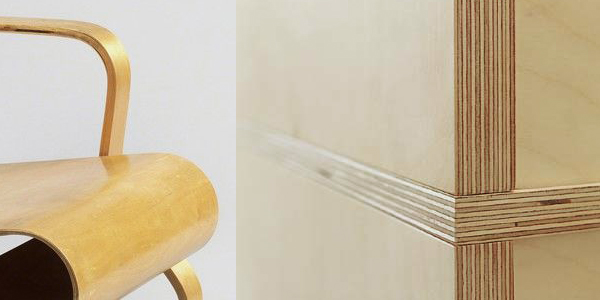